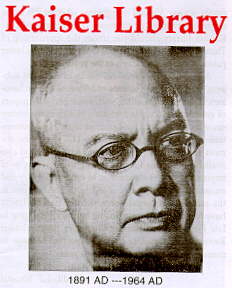 Built in versatille style of Paris, this magnificient palace was the residence of late Field- Marshal Kaiser Shamsher Jung Bahadur Rana. It is situated right in front of the western gate of the Royal Palace surrounded by high walls to protect rare archives, birds and lovely gardens inside the palace. This palace itself is unique in the context of art and architecture. It has tall trees and different kinds of plants scattered at the entrance of the main gate and inside the wide and broad compound of the palace where birds shelter in peace and happiness. There are several flora and fauna to relax and meditate in the meadows under the greenwood trees to rescue the humdrum life for the time being. while entering in the early morning and in the evening hearing the melodious twittering of the birds, it gives the monotonous experience as if some one has actually entering into the deepness of jungle itself. Culture, nature, modern art and heritage mingle at one place for which late Field-Marshal deservs the greatness of all visitors. He has indeed left us a kind of marter-piece to Nepal which is considered one of the best library in Asian continent. Not floated tears but peaceful enchantments prevail everywhere inside the vicinity of keshar Library.

Right in front of the great palace is a small pond, in its middle is erected a bronze huge pillar and the nearby sight of the radiant gardens allure the inspiration of on-lookers to sit and have a peaceful rest for a while, just fargetting the anxiety of madden-crowd. This extra ordinary small park in the capital city of Kathmandu valley reminds late Rana and his aspiration toward nature. The park greets and the lobrary welcomes all nepalese and foreign visitors from 10am to 5pm except saturdays and other government holidays. At the entrance of the palace, the two idol of the gigantic Royal Bengal Tigers seem to be welcoming every visitors with the expression of good will gesture.

Late field Marsal Kaisher Shamsher was the third som of then prime minister chandra Shamsher Jung Bahadur Rana who was an ally to British Empire on those bygone days. Kasher was influenced by the architectual designs of Europe during his assignment as ambassador in united Kingdom, and of course, converted his gesture into reality building a marvelous palace for himself upon his return which in now called Kaisher Libarary in credit to his everlasting memory. Late Rana was interested in the collection of books, unique antics, jewellary, skulls and skeltions of animals since his childhood, but his real collection was started only from 1909. He had found this aspiration in 1908 when he was in Englawnd and visited different museums, reknowned libraries and places of architectual importance. His collections had converted in to Keshar Library only after 1971. Shamsher’s logo and seal is stamped in his all collections which are seen at every items till the date. A personal library turned in to a general public for the utility of all.

The southern gate of the Kaisher Mahal is the main entrance of Keshar Library. Exclusive feeling is experienced the moment one enters at this archaeological important library. Fascinating portrats of world personalities from different walks of life are framed with artful carvings which can be seen hanging on the high walls of the libratry for the purpose of attraction and decorations. The black striped huge tanning tiger which is kept at the passage of the library signifies for extending the glory of the atmosphere and to the delight of visitors. In one section of this library, volumes of books and other works written by famous English poets and authors are filled into the fancy wooden cabinets and wardrobes for the use of reference. White walls of the study section are nicely arranged with the enchanting pictures of great politicians, statesmen, historians and poet -laureates.

Kaisher Library welcomes any wishful students or adroit professionals for the observation, consultation and study at separate section of natural museum where remainings of different birds and wildlives are kept for further knowledge and experience. splendidly framed skulls and skeletons of the extinguishing wild animals of Great One Harned Rhinoceros, Royal Bengal Tiger and disappearing Bison are attractively decorated on the walls which enchant and draw the attentions of concerning visitors. In another section of the library there are late Rana’s family photos, used weapons and personal effects which indicate the importance of indivisual museum. A glamorous hall is specially allocated for the use of important meetings, Seminars and national functions. At present, this spacious hall is also used by the private producers as studio to roll movie and telefilms.

Valuable books on various subjects are kept in lines inside the almirah ever whatched by careful attendants. According to the need of the readers one may pick up the books only for reference purpose only and may also photocopy if desire but not allowed to take away from the reading room. Kaisher Library is highly equipped at the collection of several rare books, historical manifesto, unique antics, ancient manuscripts, photocopies of national and in ternational verdicts and agreements, and also available collections are on artonomy, political science, history, religion, palmistry as well as ritual objects which allure the researchers to visit the library as basecamp for further works. Keshar library is considered the best library in the country in terms of the value of historical and archaeological points of view. Viewed in any sense whether it is in the sense of prospect or promise, it is suggested that Kaisher library should run under the sponsarship of Thamel Tourism Development Committee for its better pablicity and preservations in the years to come.

Around fourty thousand books of different subjects, seen hundred volumes of historical and archaeological manuscripts along with some precious papers of government accords are safely stored in the library since its inception. One hundred fourty one inscriptions of shahotar Mantra No. 666-1177 which are the most ancient works of the lattest Lichhabi period also available at Keshar Library. Owing to many angles of importance and in comparison to other to Library and museum, Kaisher Library is indoubtly the best one in the kingdom of Nepal, for which the nation should have to preserve the invaluable heritage belonging to late Field-Marshal Kaisher Shamsher Jung Bahadur Rana and is advisable to pay respectful homage in memory of his departed soul once a year.